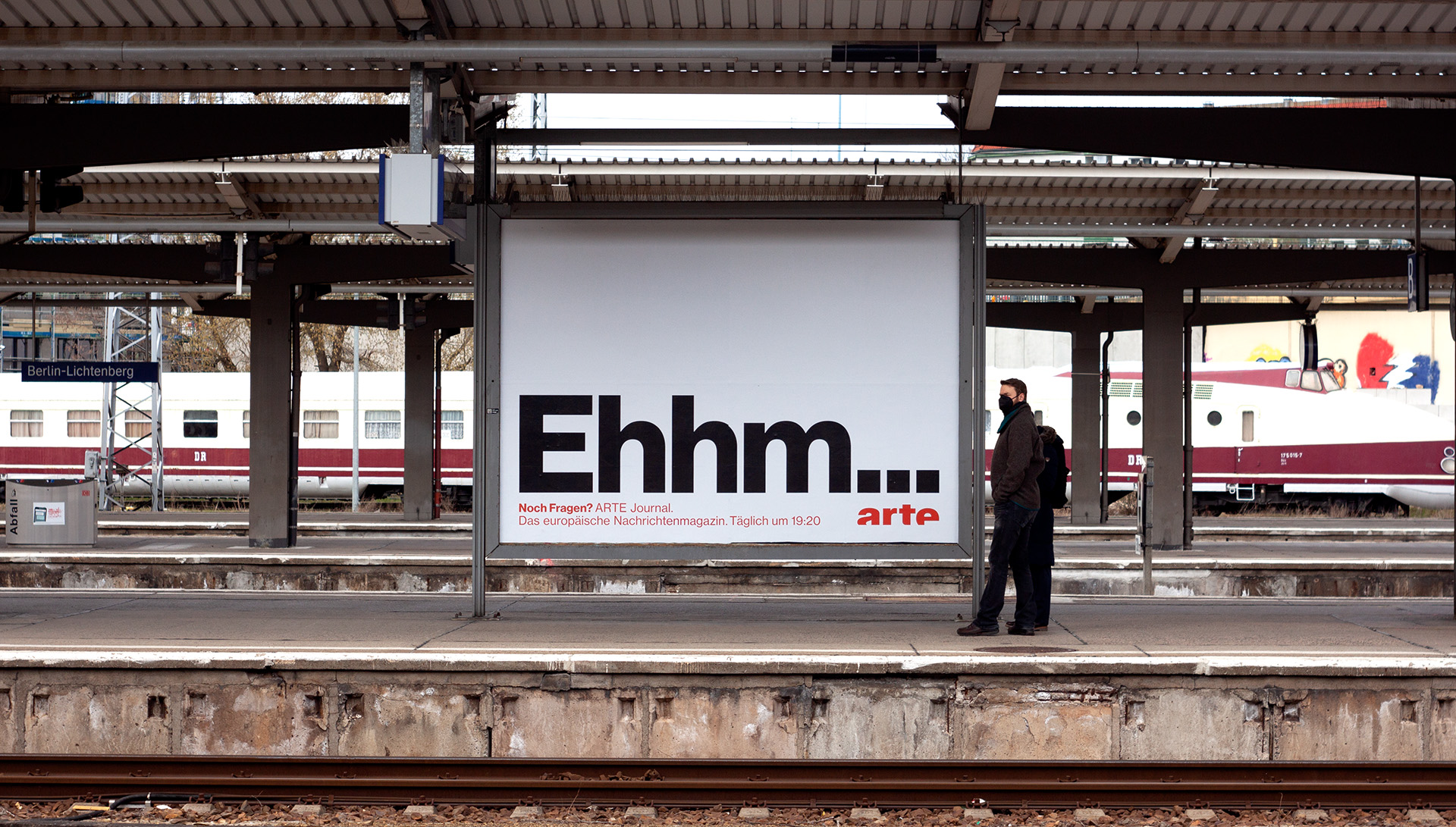 With all that’s going on in the world, it’s hard to keep track of current events. News travels faster than ever, but it’s leaving us less informed and more confused. Often, it’s the context behind the headlines that you need to get the full story. With so much information and misinformation coming our way, ARTE Journal is the curator you need. They take the news a step further by giving in-depth coverage of current affairs and culture, from a European perspective. But how do you introduce the smallest German news channel to the public?

We presented ARTE Journal as the solution to the questioning state people find themselves in, through a simple form: the onomatopoeic words used for moments of thought or confusion.  “Ehhm”, “Hmmm”, “Ähhm” and “Öhhm”, the most common German examples, became the heroes of our campaign. To create stopping power, they were designed in extra-large graphic visuals. 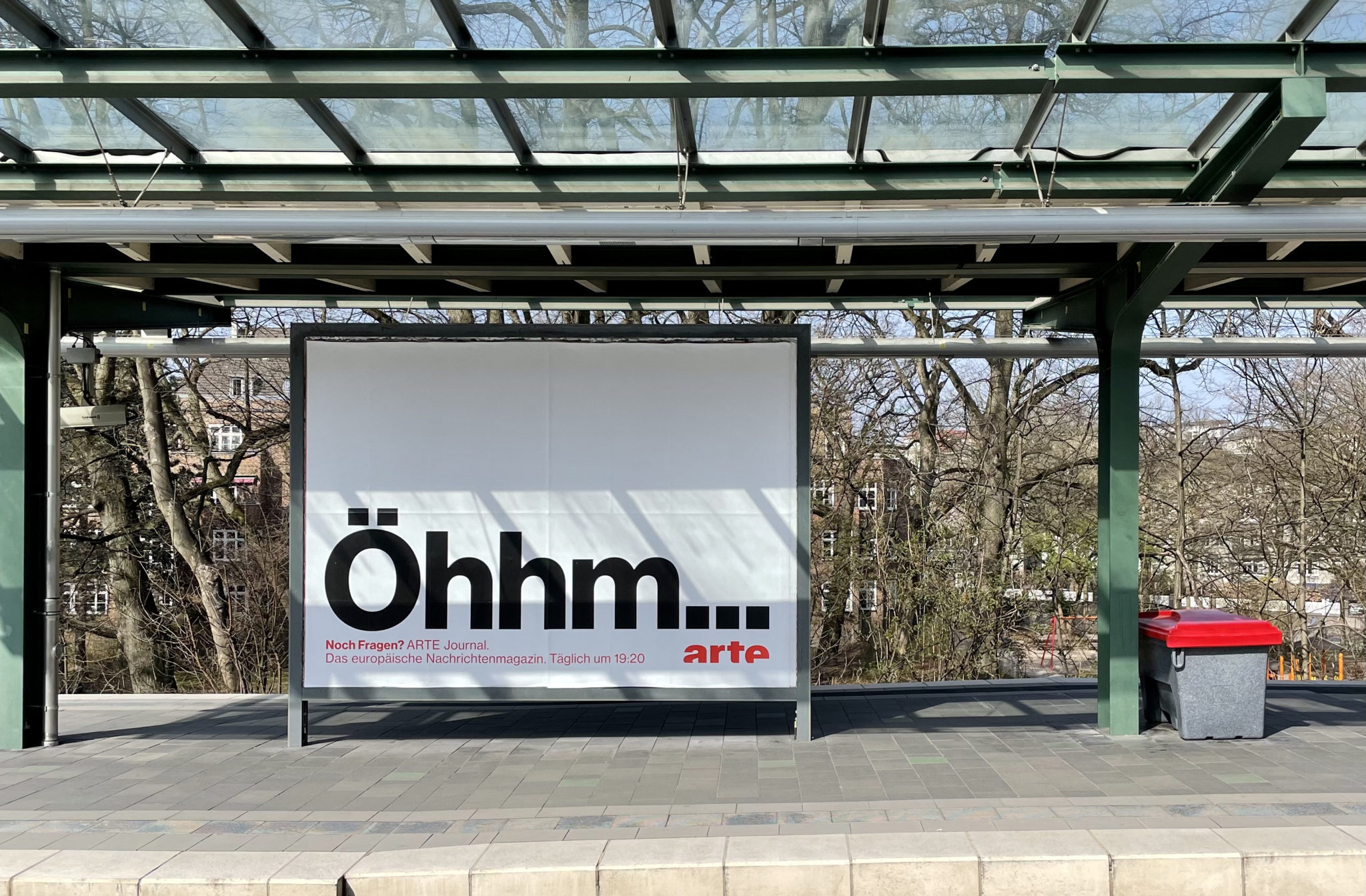 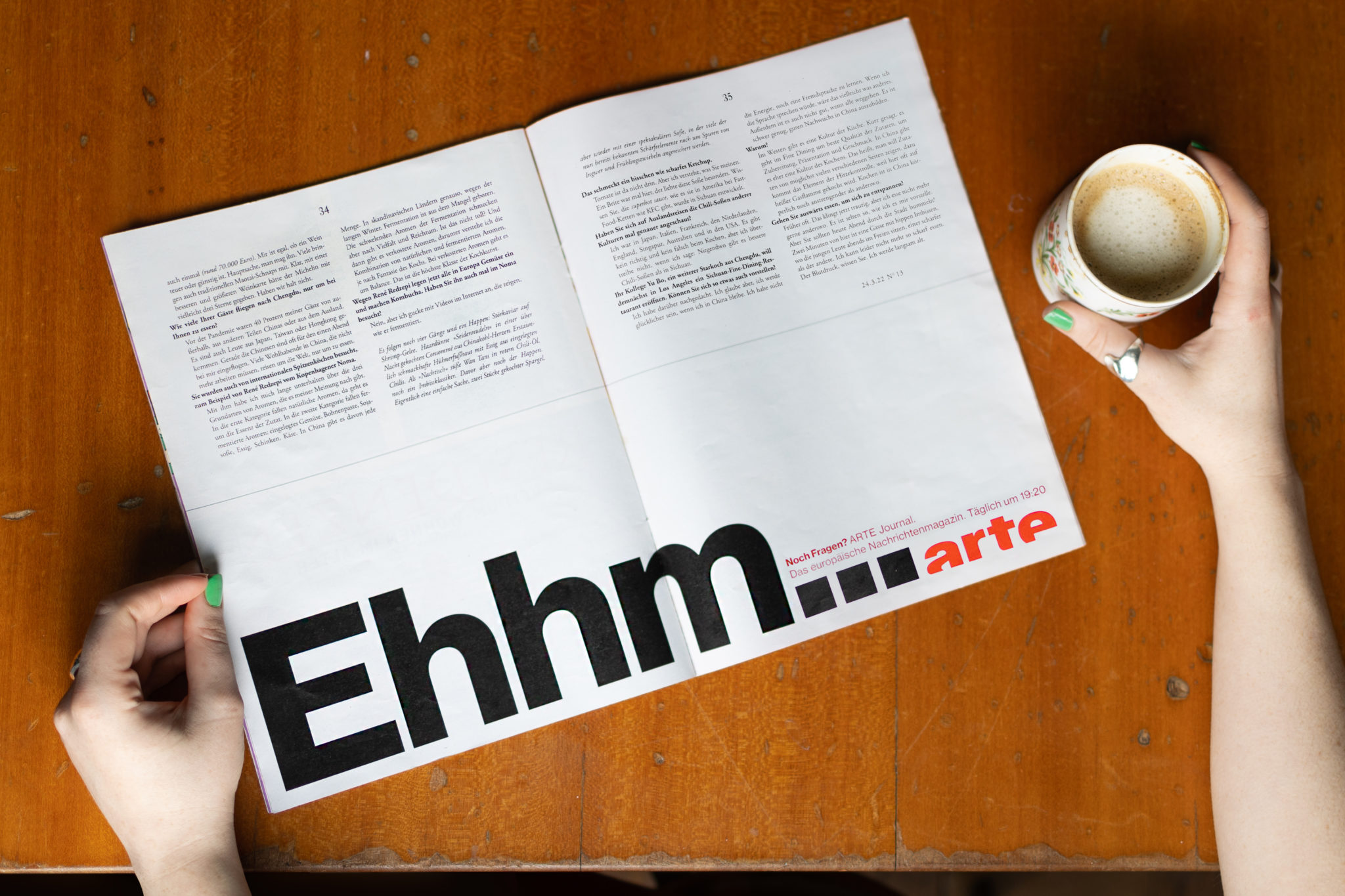 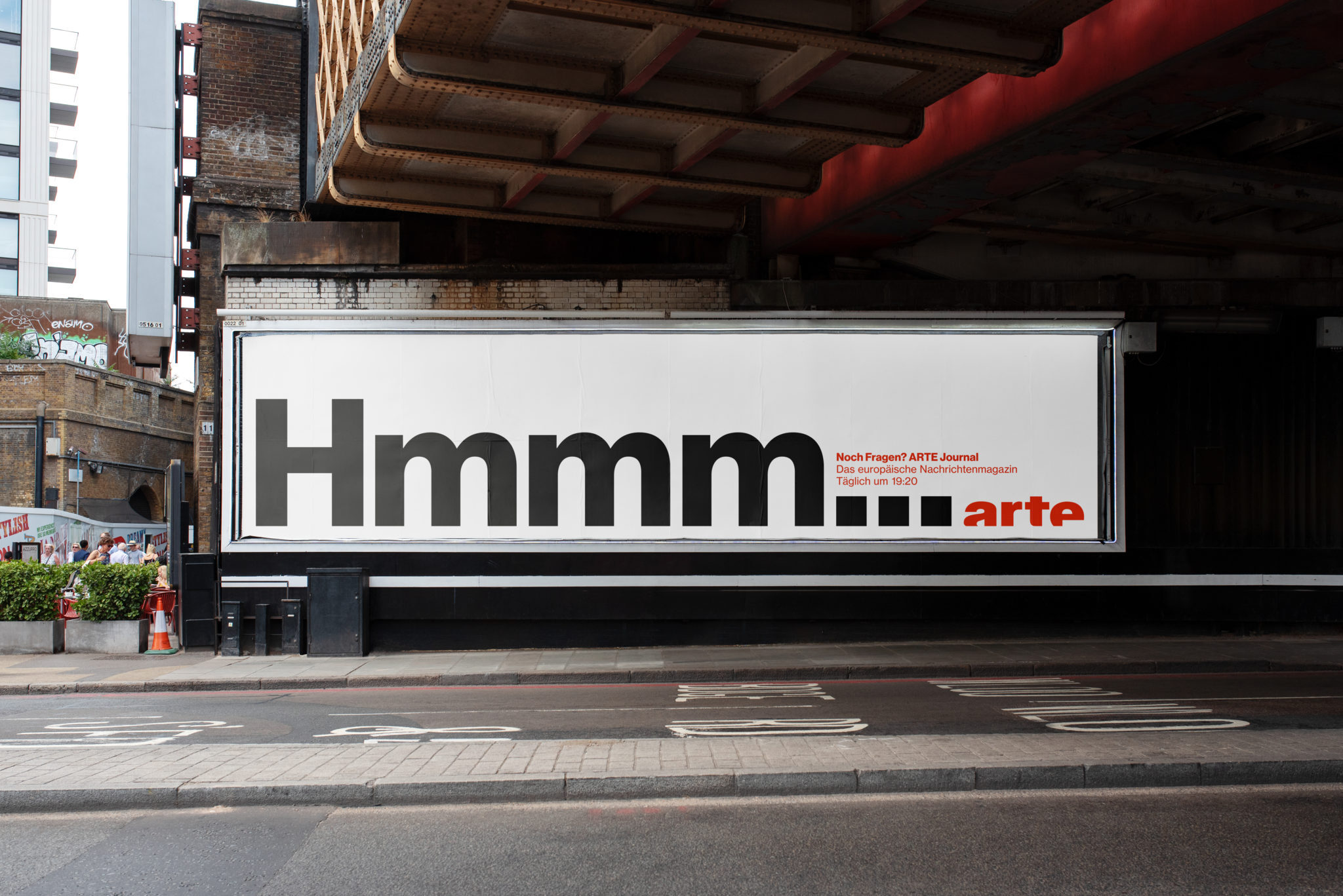